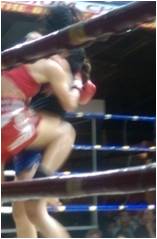 Before we get into the details of this subject, let’s take a look at Oxidative stress is a state in which the body makes too many reactive oxygen species (ROS) and doesn’t have enough anti-oxidant defenses to get rid of them.

Many things can lead to oxidative stress. These include being exposed to pollution in the environment, smoking, drinking alcohol, mental stress, and doing a lot of physical activity.Oxidative stress can cause many diseases, like heart disease, cancer, type 2 diabetes, atherosclerosis, and chronic inflammation and major cause of aging.

Oxidative stress is a type of oxidative damage to cells that happens when too many reactive oxygen species (ROS) are made or when the antioxidant defense system doesn’t work.

Oxidative stress has been linked to many diseases and is thought to be a major cause of aging.

WHAT DOES OXIDATIVE STRESS MEANS

Can be thought of as a difference between the systemic reactive oxygen species (ROS) are atoms, molecules, molecular fragments, and ions that are chemically reactive and contain oxygen.

ROS are made when your body breaks down oxygen normally. They play important roles in keeping your body healthy and running smoothly. But during times of environmental stress (like being in the sun or heat) or physical stress (like doing extreme exercises without planning to). ROS levels can rise, which can cause serious damage to cell structures. ROS can also be made by things like ionizing radiation (such as X-rays, gamma rays, and electromagnetic waves).  When a cell is exposed to enough ROS, it can trigger signaling pathways that lead to cell death. – ROS are involved in almost every aspect of life, such as reproduction and immune response. However, they are harmful when they are in high amounts and cause oxidative stress, which damages cells.

Changes in the normal reduction of oxidative stress (Redox) state of cells can lead to toxic effects through the production of O2-containing compounds and free radicals, which can harm living things by attacking macromolecules like lipids, carbohydrates, proteins, and nucleic acids (DNA). This can cause diseases like stroke, heart attack, or cancer.

It is also very important for keeping the body from getting hurt by preventing and fixing any damage that may happen. The molecules of antioxidant enzymes are sensitive to oxidation, so they need a constant supply of oxygen to do their jobs in our bodies. There are two ways that oxygen gets to them:

One of the most important parts of the Krebs cycle is the last step, which takes place outside of the mitochondria.

The last step actually takes place in three separate areas, each with its own electron transport chain.

-This is complex I, complex II, and complex III. The final electron transport chain in complex I is the most complicated and most common. When complex I oxidizes NADH, it makes the electron carriers NAD+ and H+ ions. These leave the mitochondria and go into the cytoplasm through a series of pumps that move hydrogen ions. The hydrogen ions can then be used to make ATP or can go into parts of the cell that need electrons to work properly, like molecules.

Most recent research shows that intense exercise causes the body to make more harmful substances, like free radicals, which can damage muscle tissue and cause inflammation and sore muscles. When you work out in cities or places with a lot of smog, you are also more likely to be exposed to free radicals.

Because free radicals cause diseases like cancer, atherosclerosis, aging, muscle soreness, inflammation, etc., it is best to exercise outside in fresh air based on the air quality . Some hormones that affect mood, memory, appetite, and how energy is used can also go up when you do aerobic exercise. Post-exercise oxygen consumption (PO2) measures how much oxygen the body uses during and after physical activity. A high level of PO2 means that your aerobic fitness is high. In other words, the more you work out, the better your body gets at using oxygen while you move, which means you need less time to recover and can do better.

How to know if your body has the right amount of oxygen ?

In biological systems, there’s a thin line between free radicals (oxidants) and antioxidants. Both are essential for turning food into energy. Moderate exercise is good for your health. Exercise increases the amount of oxygen you use, and too much exercise can create free radicals.

With just a little bit of exercise, the body can make a healthy amount of free radicals that help it turn food into energy. But too much exercise can make the body produce too many free radicals, which hurt the body and make it more likely to get sick.

Many studies have been done on the effects of exercise on free radicals, and they all show that moderate activity is healthy. But some people may need to slow down their daily activities as they get older, even if they haven’t reached the age of 50. A study done in 2009 found that exercise can help protect against chronic diseases like cancer, but it can also increase oxidative stress, which increases the risk of neurodegenerative diseases like dementia.

Different kinds of exercise have different benefits. A 2009 study found that aerobic exercise has the most benefits, while anaerobic exercise can raise the risk of cancer. Aerobic exercise includes jogging, swimming, biking, and dancing, among other things. Most of the time, the movement is done at a moderate pace for a long time. Aerobic activity is good for the body, but if you do too much of it, it can hurt you. Read more about the topic in our other articles.

When you play around with high and moderate intensity, you must plan your training ,recovery and food. When you stop exercising, your blood flow returns to normal and your tissues get oxygenated again. This re-oxygenation of tissues that were lacking oxygen still creates more free radicals than usual. As a result, the body has to work harder and for longer to get rid of the free radicals that were made during exercise. So, you see a faster rate of recovery in tissues that lack oxygen, like those that have been exercised.

In conclusion, the effects of the environment, physical strain, hormonal stress, psychological stress, radiation, and electromagnetic radiation on modern living have a negative effect on your body, which will show up in your health, fitness, and sports performance. To reverse or lessen the effects of oxidative stress, let’s talk about how we can get rid of free radicals.

The best way is with antioxidants, which are important for health and a key part of fitness.

Antioxidants: We need to eat antioxidants because they get rid of free radicals. They are also important for beauty, health, and sports performance , but they help us the most when we exercise.

What do anti-oxidants do:

A. Some antioxidants give away electrons to stabilize and neutralize the dangerous free radicals.

Antioxidants work to control the amount of free radicals in the body before they cause oxidative damage to the body. For example, some enzymes in the body, such as superoxide dismutase, work with other chemicals to turn free radicals into harmless molecules.

Note, though, that antioxidant supplements don’t seem to help prevent chronic diseases. This suggests that these health benefits could come from other substances in fruits and vegetables or from a complex mix of substances.

While vitamins donate and take up ROS, minerals control how enzymes work. Antioxidants are more specifically vitamins, minerals, coenzymes, and herbs that help the body fight and prevent damage from toxins and free radicals. By doing this, they protect cells, the genetic code, and the immune system.

Trainers/coaches and fitness fans should listen to science, which has shown that athletes and people who work out for a long time or hard need more antioxidants than people who don’t exercise.

Usually, the body is able to make enough antioxidants to protect itself. But when we exercise for a long time or hard, our normal antioxidant production may not be enough to make sure that free radicals are neutralized. This can make you tired and have other bad effects that no one wants to feel. Antioxidants are found in a number of foods and supplements. To stop exercise-induced oxidative stress from happening, it’s best to eat a variety of antioxidant-rich foods and nutritional supplements before, during, and after exercise ( not the synthetic version )

#Talk to your doctor before taking any supplement or doing any physical activity.

#Hire a fitness/performance expert with the right credentials, experience, and track record .